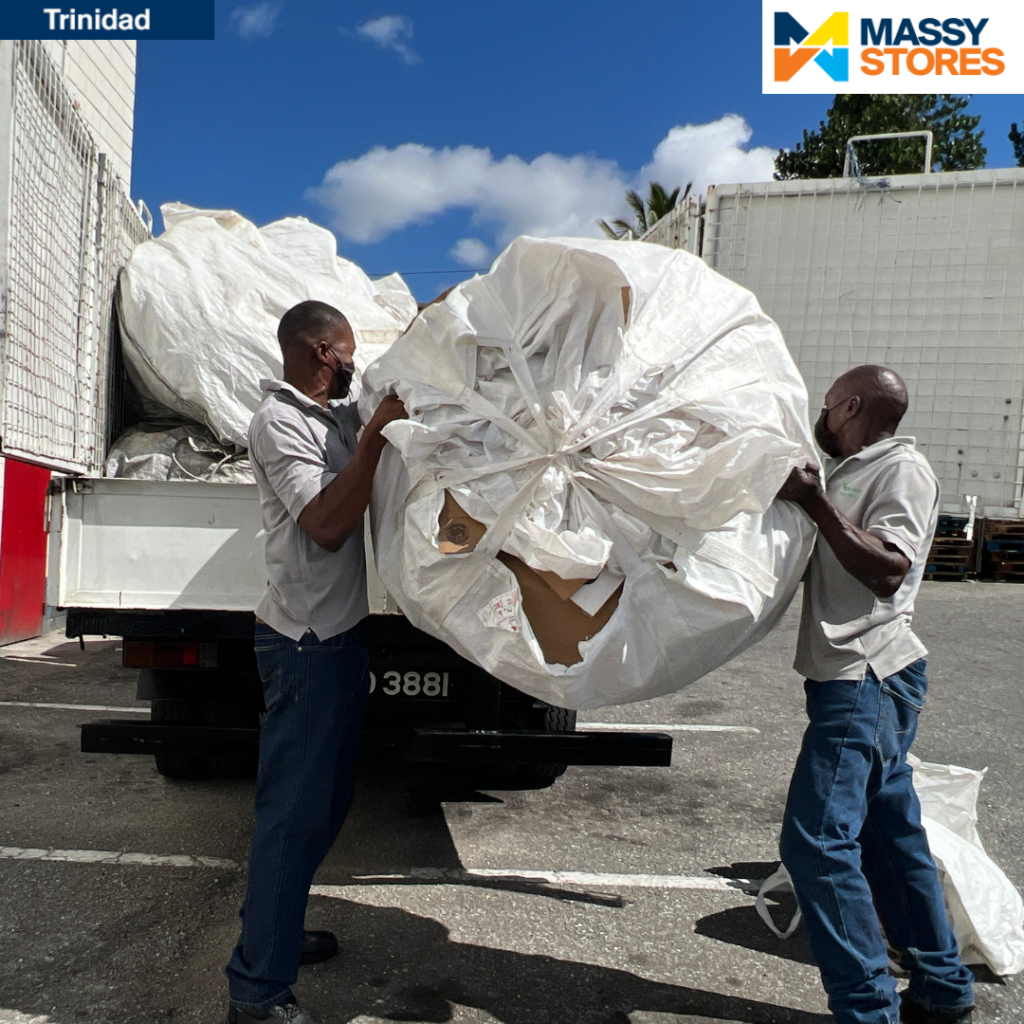 Massy Stores continued its waste reduction programme through a new cardboard recycling initiative with New Age Recycling.  The supermarket chain announced from June 2021 to December 2021, over ninety thousand pounds (90,000 lbs) of cardboard generated at all its store locations were recycled through the partnership programme.

“We started a journey, aligned to Massy’s purpose of creating value and transforming lives, to reduce the distribution of waste plastic in the environment by encouraging customers to use reusable bags.  The result has been a 70-80% reduction in customer consumption of plastic bags at Massy Stores when compared to our consumption levels in prior years.  Similarly, we receive large quantities of waste cardboard and cardboard packaging in our back store.  We are encouraged that through this partnership with New Age Recycling, those materials can be reused and repurposed instead of adding to landfill waste,” commented Roxane de Freitas, CEO, Massy Stores.

New Age Recycling Limited’s Managing Director, Kevin Whiteman added, “Consumers need to call on companies to take action to build recycling into their business model, and companies should embrace and embark on the behavioral change needed; and work towards creating a circular economy and reducing landfill waste. This has clearly been the vision of Massy Stores as it continues to demonstrate its commitment to corporate sustainability. We are excited to also partner on this journey to reduce our local greenhouse gas emissions”.

In addition to the above-mentioned waste reduction initiatives, Massy Stores has also undertaken several other sustainability initiatives including:

New Age Recycling Limited is a subsidiary of HADCO Group, and is focused on collecting, sorting, and baling wastepaper, cardboard and Tetra Pak; and collecting and sorting used aluminium cans and PET bottles for the purpose of recycling. 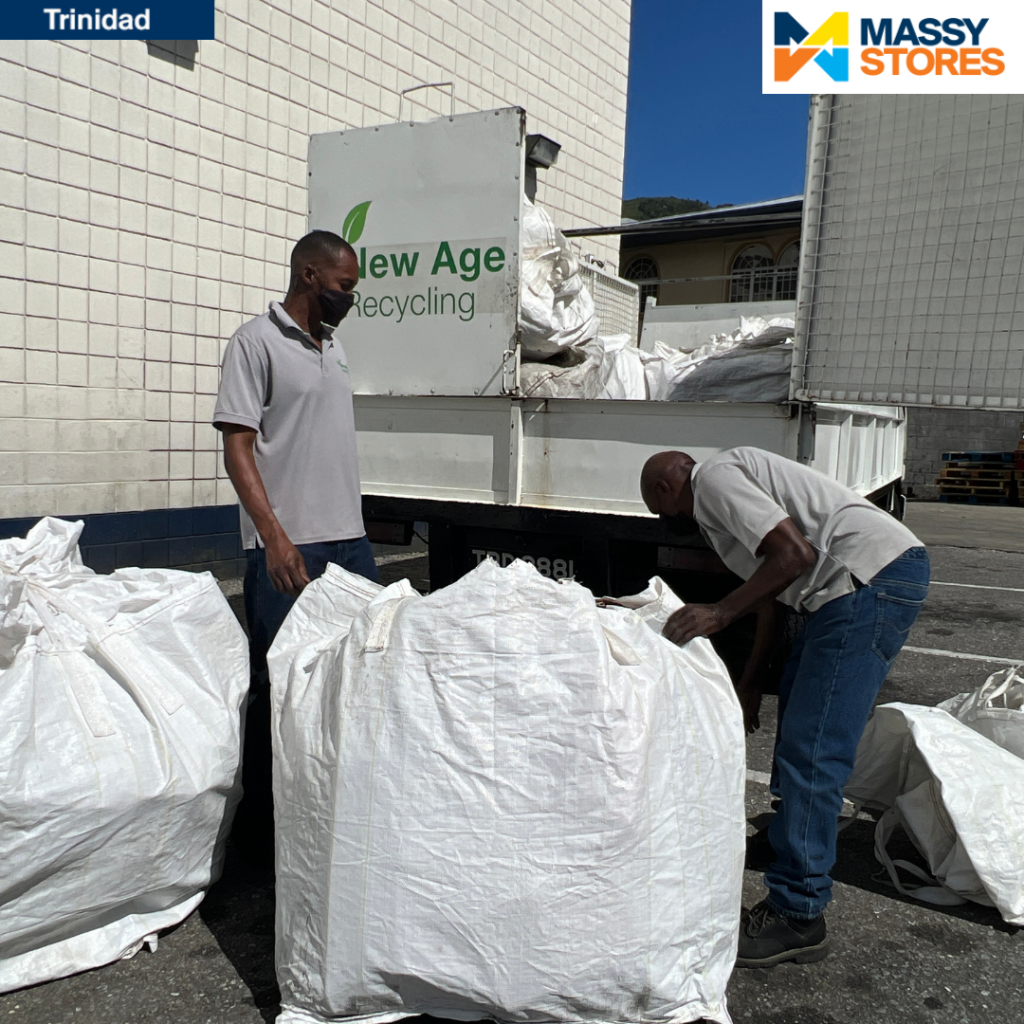 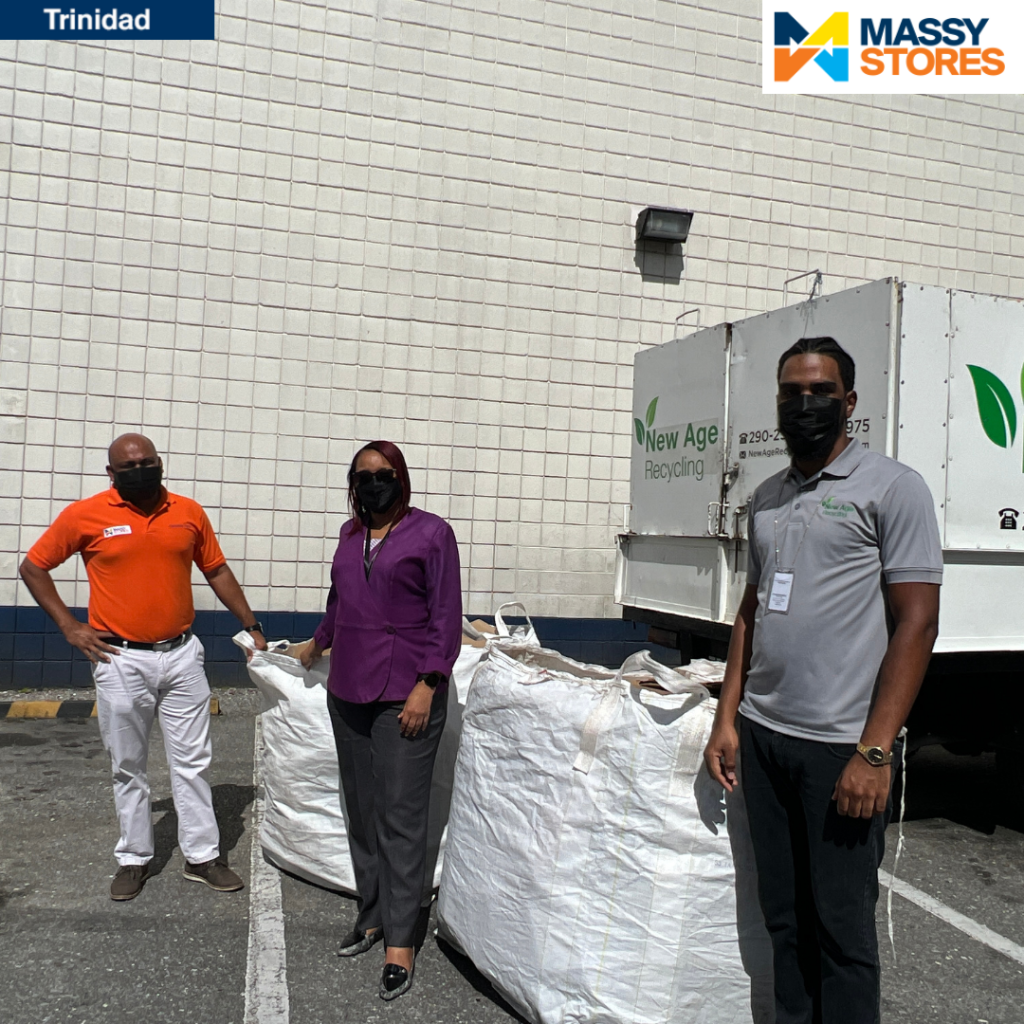 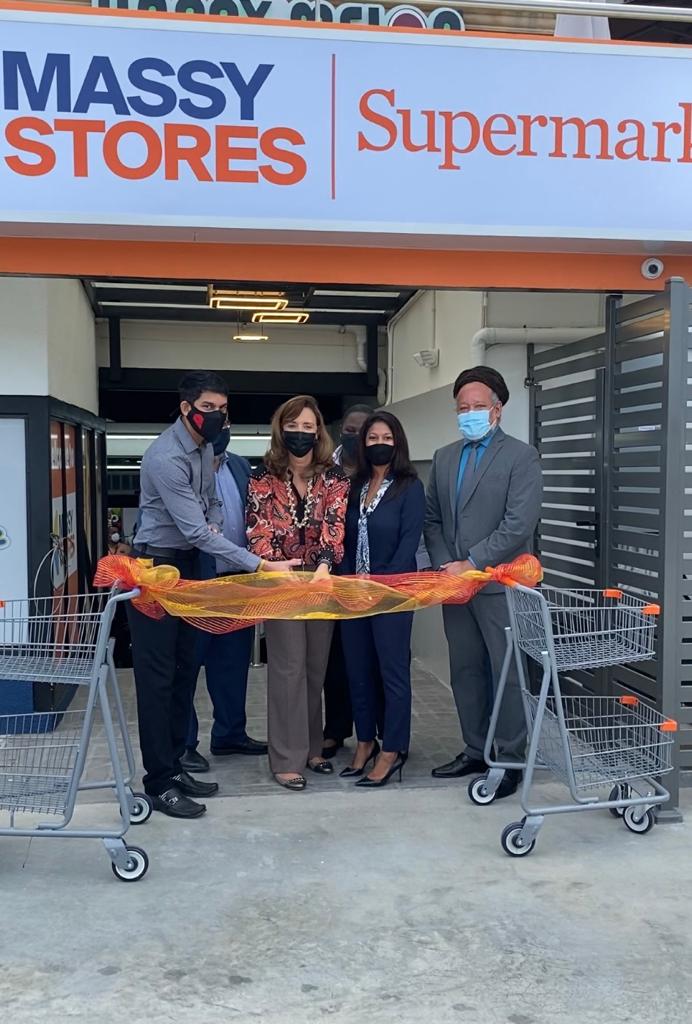 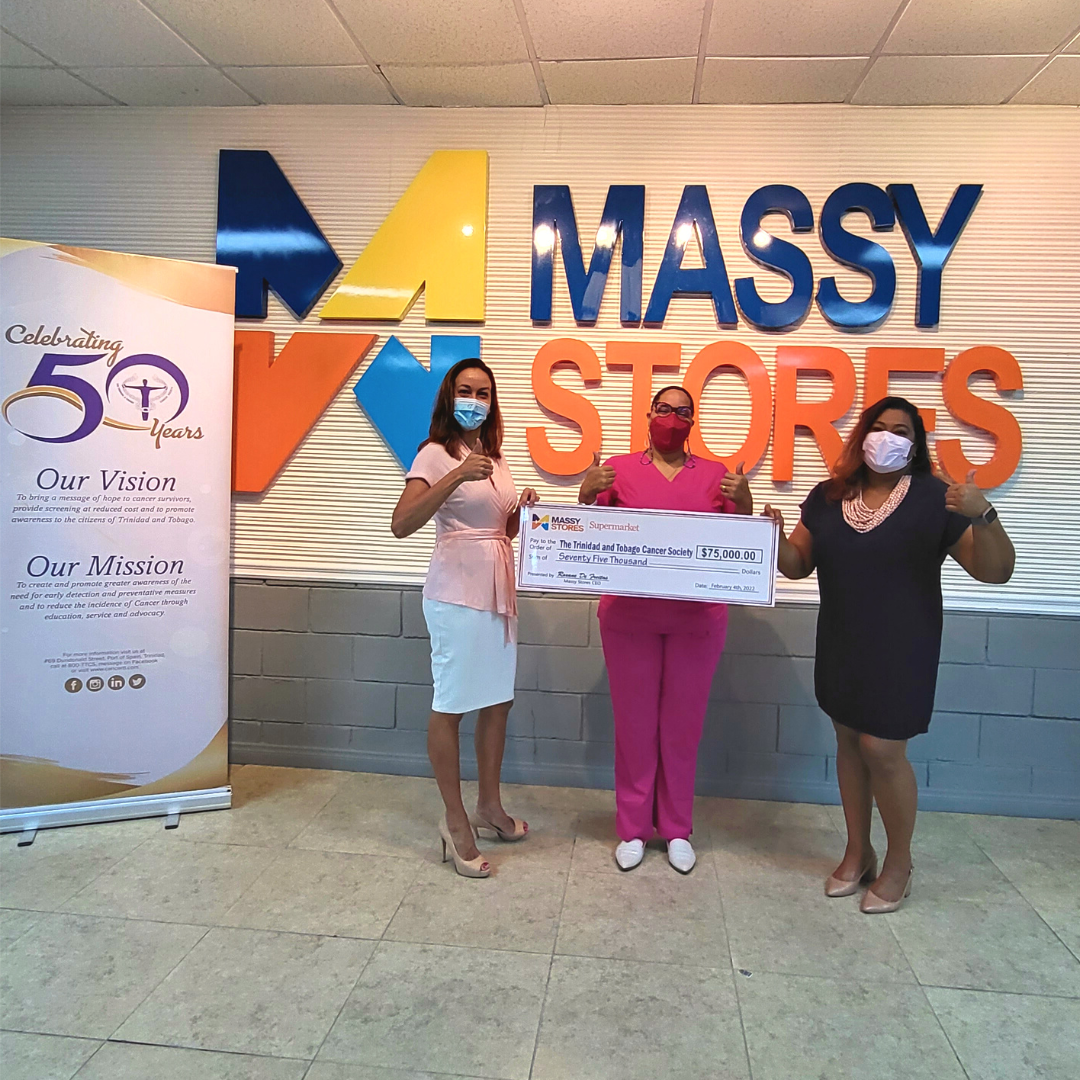 Media Release: Cyber Attack Identified as Cause of Technical Shutdown

April 28, 2022 at 4:55 pm by Massy Stores Trinidad
Massy Stores confirms that it was the target of a cybersecurity attack which led to the technical difficulties experienced today at all stores across the...

April 28, 2022 at 1:30 pm by Massy Stores Trinidad
Massy Stores sincerely apologizes to our valued customers for the inconvenience caused today due to technical challenges with our front-end, checkout systems. Due to unforeseen... 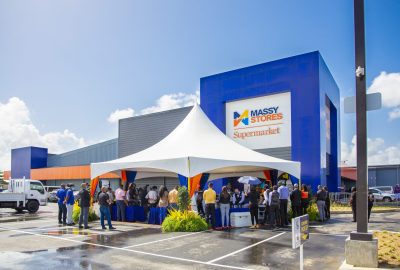 April 14, 2022 at 1:51 pm by Massy Editor TT
Massy Stores Supermarkets, the largest supermarket chain in Trinidad and Tobago, opened its 23rd location at Brentwood, Chaguanas on Monday, April 11, 2022. The new... 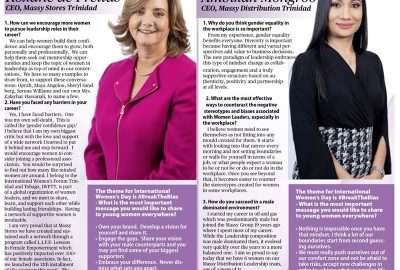 Massy Stores is #BreakingtheBias on #IWD2022 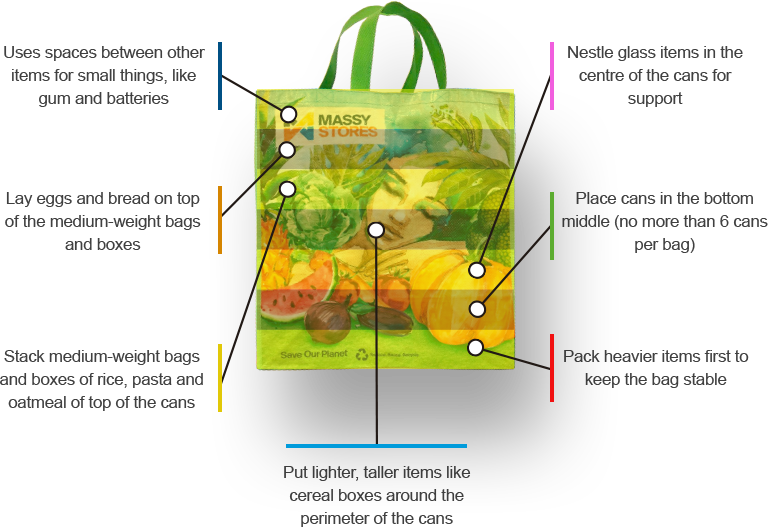